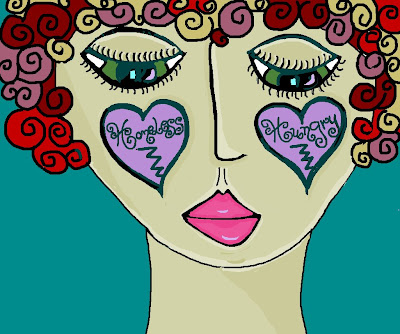 Writers Island prompt "Haunted"
My contribution is late this week because three of us share one Computer
and I tend to hog it a bit more than the others.

Haunted
I have a fridge that sounds like its on death row
A sink so plugged the water won’t flow
My dryer needs twice, for clothes to dry
But you’d never suspect any thing’s awry
I have a furnace broke down, but I still have heat
Two fires that work, food on the table with meat
A rat stole my BBQ for his home last year
Just needed a shelter, with the climate severe
I have family who loves me, a bed at night
I have friends who help when I share my plight
I have humor, music poetry and art I have love,
compassion and a joyful heart
Still I wonder if it was all snuffed away
No cozy life, no hope, with no where to stay
Then I’m haunted by the Vancouver eastside
A place where hundreds of homeless reside
Strewn with matter, graffiti splashed on window boards
Drug addicts, prostitutes mingle aimlessly in hoards
Mentally ill are trickled throughout the crowd Filthy,
disoriented, screaming obscenities aloud
Desperately they amble in search of a fix or food
Daily survival can entail conduct shamefully lewd
Shuffled into alleys to mingle with rats
As city hall diminishes and disputes true stats
Ugly concealed streets mirror those of war
As the hopeless exist in a life we deplore
At night in bed, I exhale as I pull up my sheet
Still haunted by my vision of those cold on the street

It was still warm one Saturday in September when I dropped Bryan off at work. Nestled under a pink blanket a homeless couple were still asleep in the doorway. A cheerful salutation from the men walking by alerted them. They popped up, quickly gathered their belongings, like a child late for school, and rustled off into the property next door. It’s getting cold now. Night before last when I picked Bryan up at nine thirty I observed a man peek in the store to see if it was closed. While the female waited. Moments later as the couple scavenged through the large garbage bin, the male employees scampered out the back door, alarming them again. Seemingly embarrassed the woman warned her partner with a nudge. The homeless couple apologized, assuring the men they wouldn’t make a mess.The guys were grateful, and told them so, hoping they'd be true to their word. My heart was sick knowing the couple was probably looking for cardboard to sleep on. Bryan got in the car to a hot bowl of curried chicken and rice. We all know what we must do, lets just quietly do it! We all have the ability to make a difference the best we can. It's a great time to purge old coats, sweaters, scarves and hats.
Posted by Giggles at 7:28 am