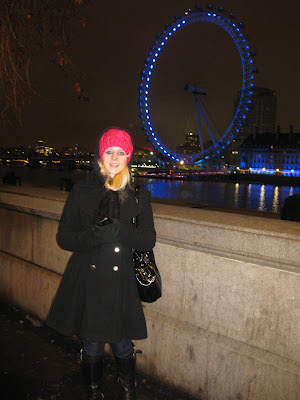 Sunday Scribblings Prompt this week was reflect! Since I have be MIA the last few months I thought I'd visually catch you up! Dear Daughter turned twenty six in early  Feb, she landed in London England right on her birthday! 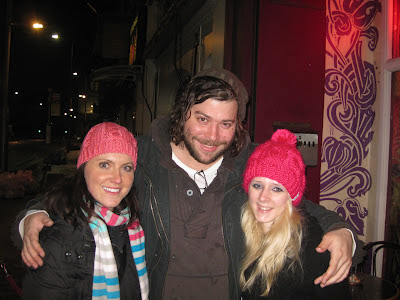 It was a quick six day business trip,  two were spent flying. During those days she was caught in a white out snow storm, Met Josh Krajcik  one of the finalist from X factor  and our favorite  and did  a heck of a lot of power shopping! Josh was recording in London! Can't wait to buy his album! 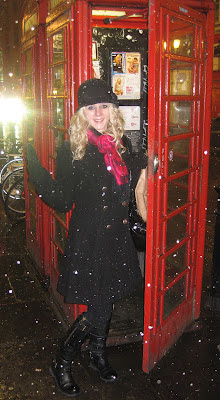 At the end of the month dear daughter attended a management conference in Vegas, where hubby met her a few days later for some romantic couples time! 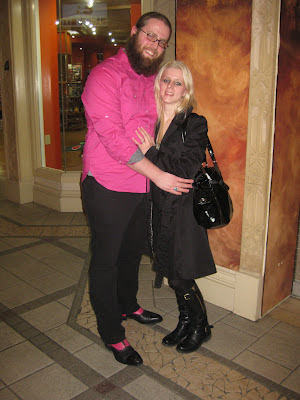 Son in law flew out on Anti bullying day and wore the appropriate pink shirt!
Funky shoes eh? And we were worried security would give him a hard time with that big old beard, that dear daughter loves by the way! 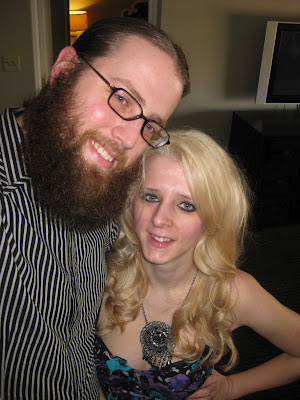 In total I drove to the airport and home five times in one month!
Not to mention all the prep entailed in getting everyone out the door with our clothes
dryer breaking down in the middle of it all!!
Side note: Dear daughters hot rollers caught fire in London even with the proper adapter. They had to evacuate the room and change to a new one!! lol
Posted by Giggles at 6:28 am

there is happiness overflowing in those pixz

OMG... I can't imagine the scene when those rollers lit up! scary but sorrryyy i must say...it made me laugh!!! as long as all were okay! Pep looks AWESOME... so happy so beautiful! I LOVED josh! he was my fav from the start! did he win??? i can't remember who did.
loved all the pics! xox

Scrolling down your blog and see the photo of you with Joss and go why does that guy look so familiar? Where do I know him from? Funny. Wow. Lucky you!
enjoying your art too!!! HPPF!!!