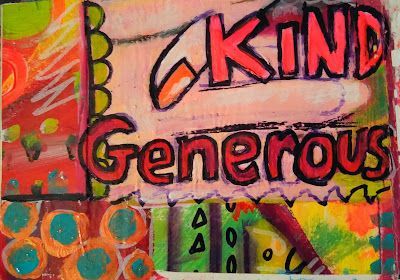 I was the five year old who got pneumonia  during
a summer hot spell. Incapacitated, on the patio,
placed between two Adirondack chairs pushed
together with a pillow for comfort.Not surprising
I have been discombobulated during our
recent heat wave!
Wafting smoke sneaks through open windows.
Bothersome for breathing I was in somewhat
of a state of Zombism for several weeks as
I tried to stay hydrated!! Attempting to  rework
older canvases in the evenings. The weather has
cooled and cleared. I 'm now pushing myself
out of complacency in hopes of accomplishing
more!!

This blog post was written last week but for some
reason I wasn't comfortable posting it as is! So I'm
revisiting it to post today! 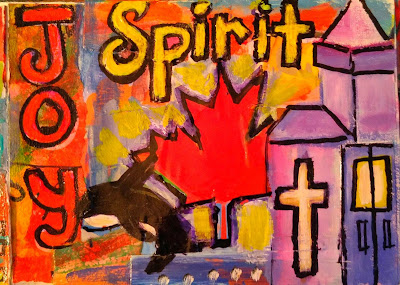 As a former Jill of all trades I often took for
granted my personal variety of gifts. Such
as practicality, intuition, frugality and cooking.
Assuming everyone was capable of the
same skills as me if they only put their mind
to it! I was so wrong! I'm learning we all have
our own aptitude for certain things! I'm pretty
much a math and geometry idiot except when
it comes to money!! So I can't really expect
others to be able to time a meal as
perfectly as I could  from the age
of thirteen! 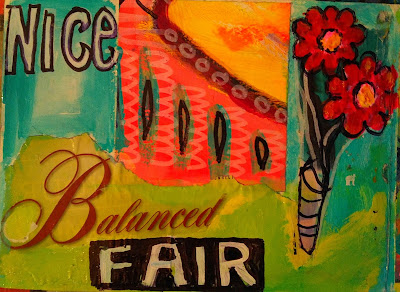 Always a kind fair man, it was unusually to hear
dad jokingly refer to out neighbour as a dumb smart
person. Highly educated, with a great job, she did some
very unwise things! Dad would shake his head in
disbelief! Especially when it came to her son who
was my brothers childhood best friend! 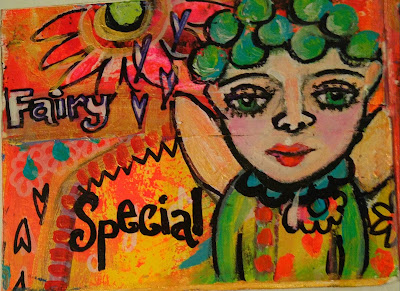 My fathers observation proved accurate  too many times!
She even boasted to neighbors that for only twenty five
cents an hour they could hire me as a babysitter and
get a house cleaner too!!
I  did her dishes, tidied up, swept, fold laundry, played with
her children like I was taught!  Sitters rates were fifty cents
per hour. Underpaying me, then belittling my kindness was
unfair and not very smart either! I never babysat for her again
I remember feeling betrayed and hurt when I learned that
difficult embarrassing childhood lesson! A few of her kids
were unruly and her place was notably sticky and harder
to clean than most! It was her loss! 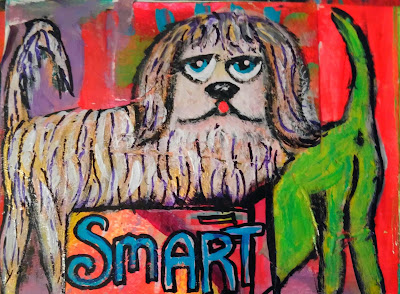 Albeit very capable of absorbing grandiose amounts of text
she was lacking in some social norms.... gratitude for one!
The ability to multitask, organize or give proper direction
was lacking too! I have known so many people so much
smarter and more educated yet so lacking in other areas
of their life!  I'm flummoxed when a middle aged person
lives on only ramen noodles during a fiscal down turn.
Oblivious that it takes four minutes in a microwave
to cook a potato! Or that you can create a  healthy
cheap soup for pennies that  fills bellies for days! 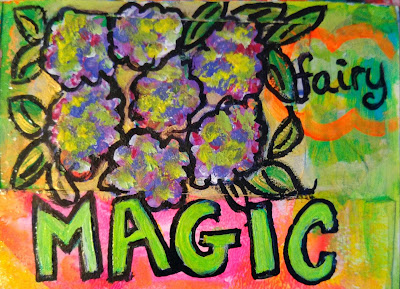 Some skills we are gifted with, some  are passed on
through generations, others are resourced as a means of
necessity. We definitely are a sum  of our influences,
inspirations as well as good and bad experiences!
There's so much to learn between the lines. It still
surprises me those who miss the most cost effective
ideas along the way! I guess it's like couponing, we
don't all grasp the concept, if we do, it's a gift! 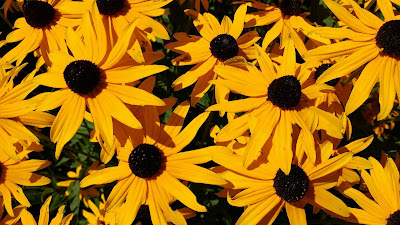 Long before google was our indoor library, I'd research
the best way to do things. Today the need for a good
cookbook is nearing extinction. One has only to put
"best" in front of any desired recipe to get an amazing
selection. I still have my tried and true books that
Cupcake now uses but they are barely necessary!
You tube is a sensation for learning how to fix almost
anything in your home! 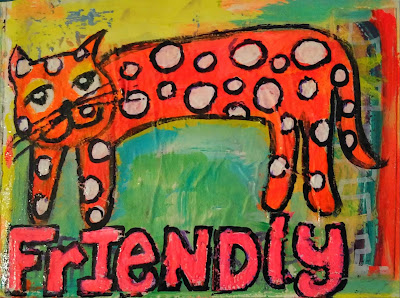 Credit cards jammed up,  business degree, making
a six figure salary, unable to save even a dime,
it's perplexing to read them comment on
provincial finances as though they're qualified!
Do middle schools need to teach more basic
living skills? 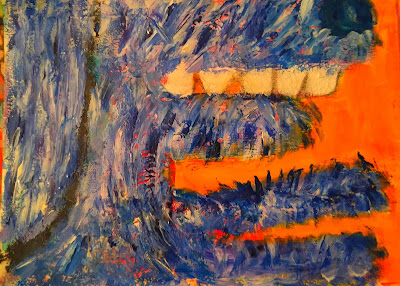 Lately I've noticed some of the most successful
twenty and thirty something crowd were not
necessarily the most educated.   However
they are well rounded kids, diverse and prudent.
They work tirelessly at a skill, have a great
sense of purpose no matter the adversity! 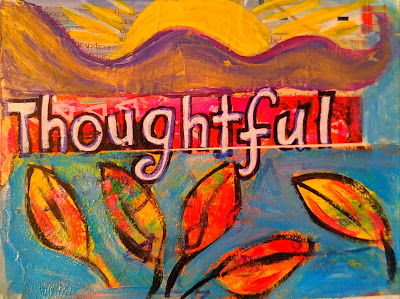 It amazes me when a person has ten or more years of
education but can't hang a curtain, Or a person with a
masters degree in Marine biology   facilitating  an
environmental program yet ignores blatant
unsafe disrepair of their home! 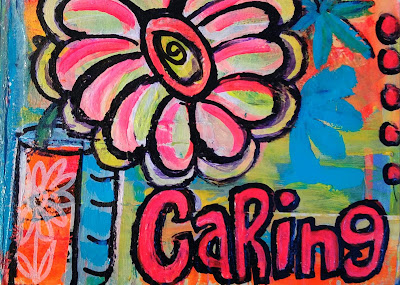 It's not always those with the  best skills that are the most
successful either. Sometimes it's the ones who have the
tenacity to see things through, use their common
sense and give it  a plain old try!
Dad wasn't far off, albeit crass, when he
said there are a lot of dumb smart people
out there!! I've met several along the way that
left me shaking my head too! We have a vessel
of skills we may not yet have  requisitioned.
Some things we may be completely inept at!
However digging in, helping others, looking
around for new things to do, and reading
was my way of learning to improve my life! 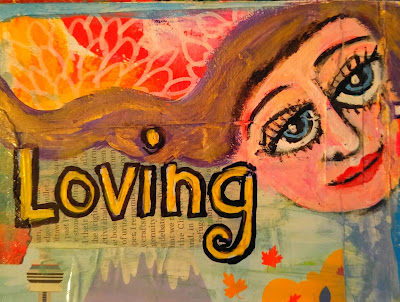 I've never been the smartest, and I haven't
always made the best choices.  However
I do have a lot of  common sense...
and sometimes I use it!
However it seems,
"Common sense is a flower
that does not grow in everyone's garden!" 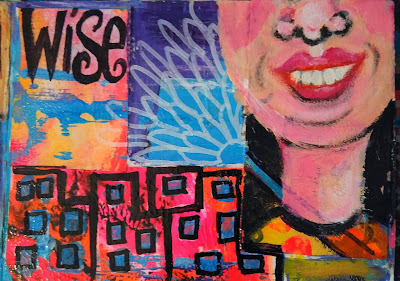 Does it grow in your garden and do
you always heed it?

I love all your pieces and the stories / memories that go with them. Happy PPF!

Lovely post. Sorry you have been feeling bad, and hope that things go uphill for you again now. Take care! Hugs, Valerie

there is something to say for having all 'round skills. One of my favorite quotes from my favorite author, Robert A. Heinlien is this... "A human being should be able to change a diaper, plan an invasion, butcher a hog, conn a ship, design a building, write a sonnet, balance accounts, build a wall, set a bone, comfort the dying, take orders, give orders, cooperate, act alone, solve equations, analyze a new problem, pitch manure, program a computer, cook a tasty meal, fight efficiently, die gallantly. Specialization is for insects." Totally. Hope you're getting over the smoke. We were lucky here on the island, not as bad. Thank god as I have asthma and last year's heatwave left me gasping for weeks and weeks. Set me back months of recovery. This year I've had no reaction even with the terrible heat and smoke. Hope you're ok now my friend! Visiting from PPF, have a great weekend!

LOVE the art -it's like a collection of affirmation cards! I do hope you are feeling much better. I've missed you along with your thoughtful posts. Those kiddos do love their concerts don't they:) Happy PPF!

Love your artwork as always! The words are so positive and fun :)

I have common sense I think. Sometimes at least. I wish I were smarter with money though. Or that I could win the lottery and retire. Dream job!

Nice to hear from you Giggles, enjoyed your musings today. I think I have a lot of common sense, lately I've realized I'm not quick on getting certain jokes that may be obvious to others, don't know why, but it doesn't mean I'm dumb or particularly slow. hmm

An artist AND a writer! Go girl!

These pieces of art would make wonderful cards! It's been crazy with all the wild fires and tornadoes lately. Good to hear that the weather has cooled. I kinda missed a heat wave this year, our summer was not really summer at all ...

What a thoughtful combination of thoughts and art. Great post, thanks for the photos of your lovelies, too.
Hope winds have changed mild and your mind uplift.
Happy weekend and upcoming week xx

You filled our eyes and our minds with this post.

great, i love your art, much diversity in it

I have missed you and am sorry you have not been feeling well. Your post today was thought provoking. You share so much and so deeply both in words and art. Thank you for your open generosity.
~~ Irene

Your post are always so intuitive with art to go with. Maybe a book?

Hope you're getting over the smoke. Love all your colorful creations!

so many gret observations :) Love this post. I once worked at the design department on a truck company. I know of engineers who do not know how to change toilet paper rolls. But they can design trucks! :)

It was a pleasure to read your thoughts about personal qualities and common sense as well as your childhood memories. Do you think about these subjects when you create your lovely colorful art? It's really cool to see your thoughts and notes translated into pictures. It inspires me so very much to do this as well some time.

A great post, although for me is hardly all to understand, my English is so little (never have learned it, only by blogging). Me calls a disabled person, have a lack of some skills, no multitask and no compassion (in feeling, more from the brain) and cannot make contacts to other peoples... but Im' living life and can cooke a soup or some other things and overcome with a very little money.
No one can have all skills!
Happy PPF

That picture of the hazed sun is amazing, that must have been a lot of smoke.

Love your bright artwork! Fairy Magic particularly appealed to me. My husband has COPD and when we had a lot of smoke from our fires last fall he really suffered. Hope you do better soon.

Love your beautiful, colorful artwork along with your "Words of Wisdom" that I can relate too. I do believe the level of education and a 6-figure salary is nothing if the person has no common sense. I would take what little I do know about life and my ability to have empathy and concern over any education I have since I believe that is what makes me ME...not sheep skins or a big home. Big hugz sweetie! Have a Wonderful Week!

Such a colorful post! Does the artwork come first or the post? They always work so well together. Happy PPF